NEM(Symbol) are tools that offer solutions to familiar problems

There are many cryptocurrencies available.

Like, you own bitcoin because it has the same scarcity value as gold.

I own NEM (Symbol) because it solves a familiar problem.

In my country, Japan, we have some troublesome habits.

In Japan, there are year-end and New Year's parties in companies.

Using NEM(Symbol)'s Aggregate Transaction, you can solve this problem.

In Japan, the act of preparing a proposal and seeking approval for it in order to secure a budget is called a "circular draft".

In Japan, it's called "The ringi system".

The ringi system is the typical Japanese way ofmaking decisions through the medium of writingusing a circular letter.

It makes it easier to reach a conclusionin a short time.

But in reality, it takes time and decision-making is slow.

This is how NEM(Symbol) can solve the problem.

The high resale of tickets has become a problem in Japan now.

If you use NEM(Symbol)'s mosaic feature, the problem can be solved.

Also, disguising the origin of food and manufactured goods has become a problem in Japan.

The traceability of "NEM (Symbol)" allows us to follow the flow of the product from production to consumption, so the place of origin cannot be faked.

I find value in "NEM(Symbol)", which offers solutions to various problems I'm having right now. 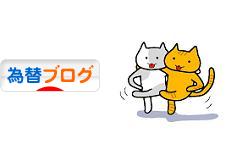